This is a much restored building of Norman origin.  It was badly damaged in World War II, but contains in the nave traces of the original fabric dating from 1070-1120.  In the 14th century, a tower and a north aisle were added to the 13th century chancel and the present west and east windows of the nave inserted.

The church, dedicated to St. Nicholas, is an undistinguished example of the 13th century in its present state. It is built of flint with Caen stone dressings and Hythe stone buttresses. It shows in the flint work patches of reconstruction. Of its foundation a single fragment of moulding built in as a top stone of a putt log hole high up in the north wall might be 12th-century work and so suggest that there was a small church of that date.

The mid 13th century tower is divided into 3 unequal stories:-

The bellchamber; the walls are of flint and the windows have slate louvers. The floor is Tudor with chamfered joists borne on stone corbels.

The ringing chamber is actually no longer used as such as the bells are rung from the base of the tower. The floor was replaced in Victorian times and is in fair condition. The walls are of flint and in good condition. The whole of the East wall in this chamber is rendered with what one must call external rendering. There is the clearest evidence that the tower is later date than the Nave, since the tower is not bonded into the West wall of the Nave and therefore the church plan was at one time the simple two compartment type of Nave and Chancel. This West wall also contains a small window, which is undoubtedly very early in date and is probably early Norman or late Saxon much repaired. This window was crudely blocked on the East face of the West wall of the Nave and should be unblocked. It would then look down into the Nave.

The bells are rung from the base of the tower and it is in sound condition with its Victorian tiled floor. A blocked entry to the now removed gallery remains high above the Tower door.

NB. The bells and tower were renovated in the early 1980’s and therefore some of the foregoing is now inaccurate.  Extract provided by Jim Sullivan, Lay Minister at Sholden Church 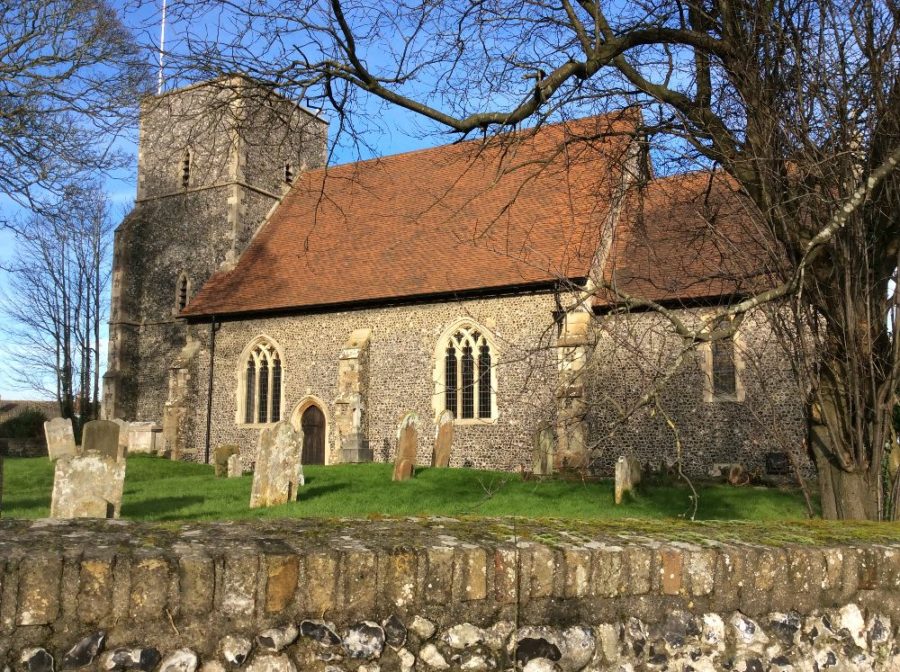 Sunday 26th a Family Service with music provided by our Little Church Band which is made up of musicians from a number of concert bands in East Kent.

All these services will start at 9.30am.

For further information you can contact the Parish Office on 01304 369919 or email stleonardsoffice@btinternet.com